Living with neurological blindness that limits his ability to see color, Yeon Woo has grown up in a world that looks very different from the one most people are accustomed to seeing. Only able to decipher varying tones of gray, Yeon Woo knows the world is full of colors but he has never seen them for himself. At least not until the day Yoo Han comes crashing into his world.

As if brought together by fate, Yeon Woo’s life is forever changed the day he meets Yoo Han. Falling for the boy’s many charms, Yeon Woo is overwhelmed by the unexpected rush of emotions he feels every time Yoo Han is near. What’s even more surprising is the sudden rush of color that washes over the world whenever Yoo Han walks into the room. Could this be a sign that Yoo Han is his destiny?

While Yeon Woo ponders his fate, his aunt Yi Rang searches desperately for the sister who went missing years ago. Joining his aunt on her quest, Yeon Woo recruits Yoo Han’s help and together they search for his mother. As they dig deeper into the mystery surrounding her disappearance, an unexpected story begins to unfold. Will these fated boys be able to solve the mystery of a missing mother while simultaneously unraveling the mysteries of their own hearts? 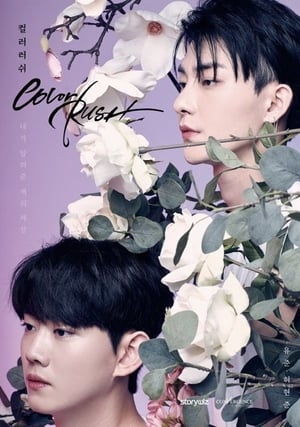